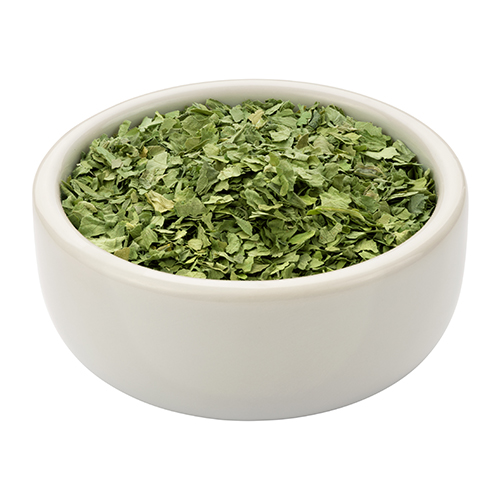 Cilantro is native to regions spanning from southern Europe and northern Africa to southwestern Asia. Cilantro, also known as coriander leaves or Chinese parsley, is an annual herb in the family apiaceae. All parts of the plant are edible, but the fresh leaves and the dried seeds are the parts most traditionally used in cooking. Cilantro is the Spanish word for coriander, also deriving from coriandrum. It is the common term in North American English for coriander leaves, due to their extensive use in Mexican cuisine. The leaves have a different taste than the seeds, with citrus overtones. Some people may find the leaves to have an unpleasant soapy taste or a rank smell. In Chinese cookbooks, you may find coriander described as a plant somewhat similar to parsley, with no mention made of the spice at all, though it is common to find recipes calling for fresh coriander, meaning cilantro leaves. Cilantro is an herb that is extensively us ed around the world as a condiment, garnish, or decoration on culinary dishes.

The fresh cilantro leaves are an ingredient in many south Asian foods and in Mexican cooking, particularly in salsa and guacamole and as a garnish. Cilantro is often used raw or added to the dish immediately before serving. Cilantro has been used in Chinese cooking for hundreds of years. Like other ancient cultures, the Chinese valued cilantro for its medicinal and reputed aphrodisiacal qualities, as well as its distinctive flavor. Cilantro is one of the few food herbs used in Chinese cooking. Cilantro pairs well with many dishes, especially Mexican or Thai dishes and those with beans, cheese, eggs, and fish. Cilantro is also great with creamy vegetable dips and as a topping or garnish for soups and salads.

Coriander/cilantro is a fast-growing, aromatic, annual herb that grows best in the cooler weather of spring and fall. Little plants will sprout during the season and the next spring. Sow the seeds at 3-week intervals for continued harvest. It is important to keep the seeds moist during their germination. Harvest by cutting the leafy stems near ground level, most will be around 6 to 12 inches long.